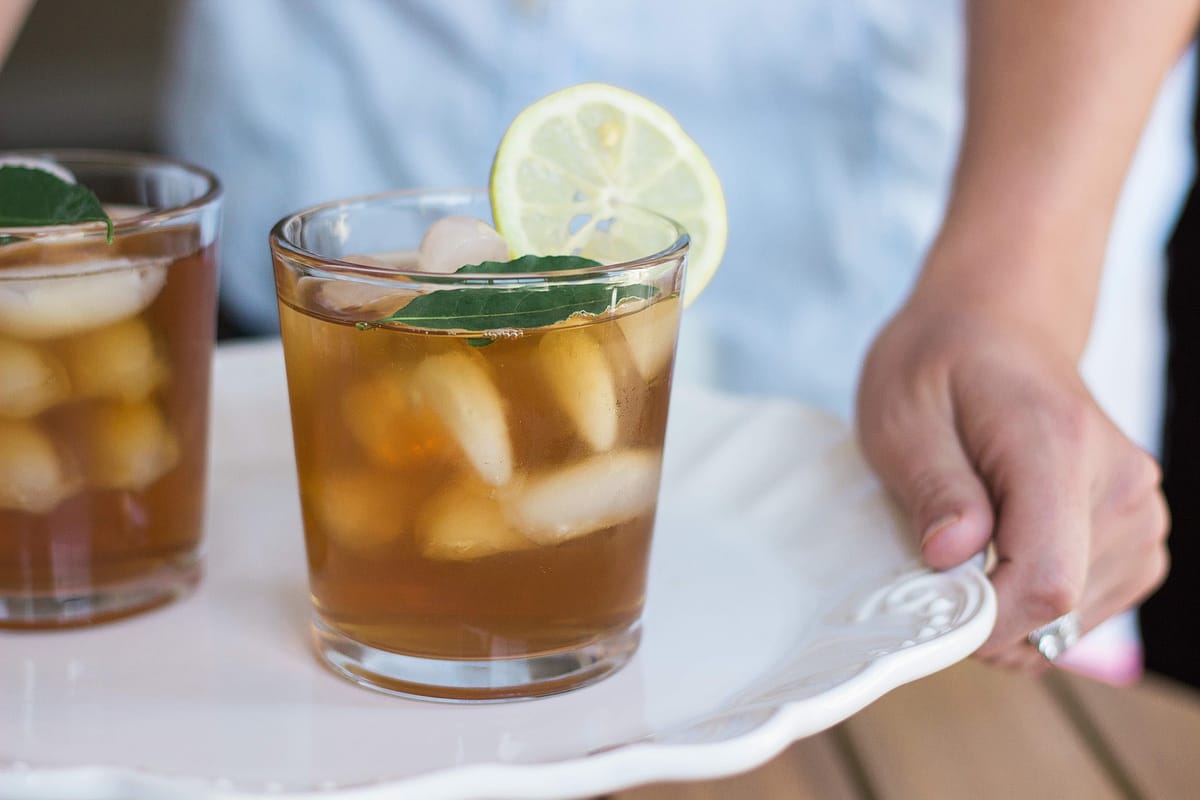 Despite various origin stories, kombucha has been traced back to North China and Japan at 220 B.C. Although of ancient origins, the drink has made a triumphant return to mainstream popularity in recent years as part of new-age health trends.

Have you had kombucha recently, or does your social circle comprise fan favourites of the drink?

To have sustained such longevity there must be some merits to kombucha’s claimed benefits.

Most synonymous with kombucha is gut health.

Kombucha has been tested to contain desirable organic acid producing microorganisms said to be beneficial for the human gut and for prevention of conditions such as diabetes and glucose.

The fermentation process behind kombucha creates a colourful bacterial composition in your gut which can improve many aspects of health including digestion, inflammation and even weight loss.

We all need solid amounts of antioxidants to fight off free radicals in the body.

Kombucha appears to have antioxidant effects in the liver, which helps lower the organs toxicity.

Many who make kombucha themselves knows that production processes involve adding strains of bacteria, yeast and sugar to a black or green tea liquid base. When consumed with green tea, the green tea health benefits also carry over.

Studies have shown that regular consumption of green tea improves cholesterol levels, assists with blood sugar control and reduces risks of various cancers in both females and males.

So, what’s the problem then?

Arguably, Kombucha is one of the more healthier and sustainable drinks to consume and make, particularly when done in a homebrew, localised situation.

However, with any product, especially any that are mass produced, consumers should be informed as to just what extent does the kombucha production footprint leave on the planet and people.

Can you think of a few permeating issues when it comes to monoculturalism? 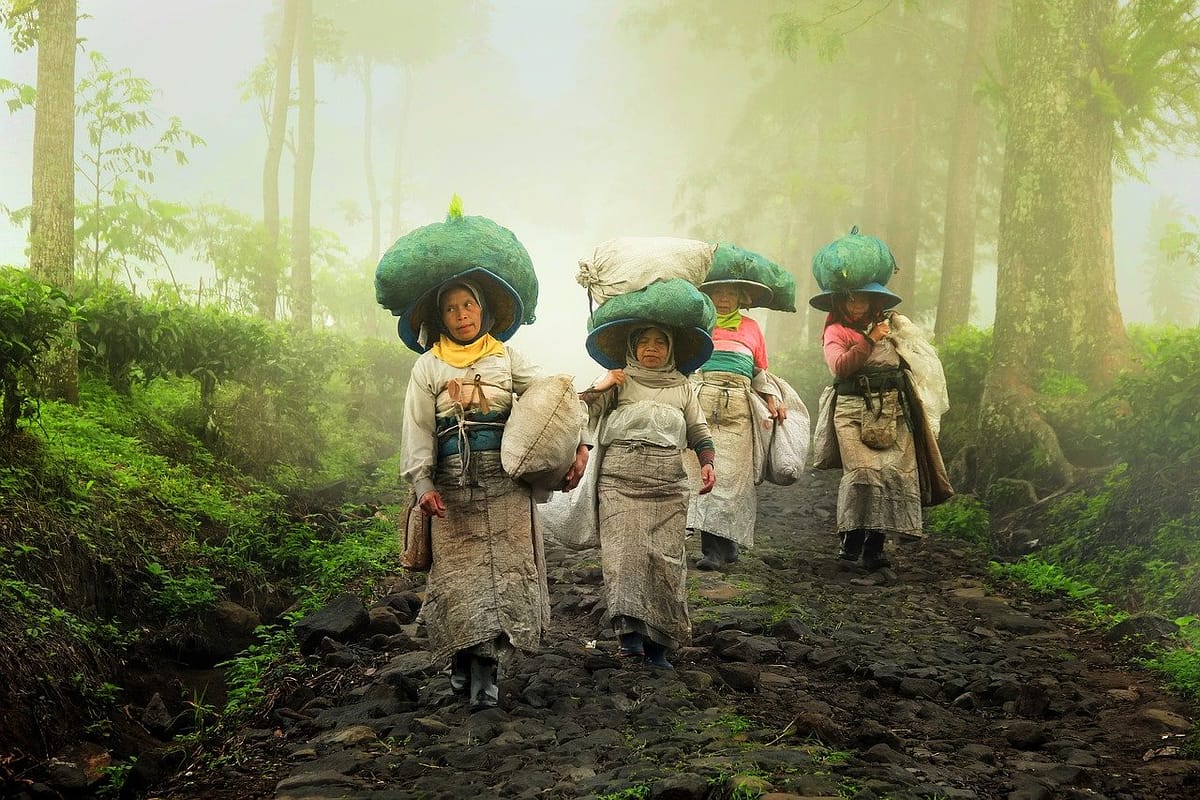 Tea is the second most consumed beverage in the world. Despite there being over 3,000 different kinds of tea, there are four predominant ones: green, black, white and oolong.

Black, green and oolong tea are all produced from the leaves of the same plant, camellia sinensis. As such, the agricultural and production methods utilised by all the different tea farmers, tea brands etc. are concentrated on this one plant.

Similar to any agricultural crop, two main elements are required for its production: land and water.

As tea is a large-scale commodity, the production process has become grossly industrial, with over 4 million tons of tea being produced annually. Like with any intensive monocropping, tea farming, too has an environmental impact.

With such massive land areas required for crop plantation, many habitats are altered which can have negative effects on the animals and plants that are native to that area and result in a decrease in the biodiversity of those species.

Majority of tea production in the world comes from Asia, India and Africa and the effects of converting forests into tea plant monocultures is obviously seen there.

As demands for more tea rise, more land is being deforested and converted into tea plantations.

When limits of usable forestry are reached, acquisition of land from private citizens is then focussed on by the corporations which results in local people’s loss, usually in low socio-economic regions, of rights to the land they depend on to live and generate an income.

Similarly, artificial fertilisers and pesticides used in tea plantations always has the incidental effect of soil degradation, as these harsh chemicals run-off into waterways and penetrate deep beneath the soil layers.

As a stock standard part of the tea production process, once the leaves are picked in then has to be dried.

Most tea producers and/or distributers use fuels like wood or gas to heat the industrial sized ovens needed to dry the tea leaves.

The World Wildlife Foundation has reported that it takes between 1.5 and 2.5 kilograms of wood to produce 1 kilogram of tea in Sri Lanka. A source of difficulty for environmental regulators is ensuring that wood used for this drying process is grown in the tea plantations themselves as opposed to being logged from local forests, which is a regularly occurrence.

Majority of tea production is heavily labour intensive. Before processes involving machinery kick in, most of the tea leaves being harvested is done by hand.

Reports have surfaced of tea plantation labourers in India who are required to pick over 20 kilograms of tea leaves per day for $1.00. Quite clearly, this is well below standard wages and these employment practices only exacerbates the poverty cycle.

Between approximately 75% to 80% of the tea picking workforce are women and so abrogation of women’s rights in this labour market are rife. So too are that of children. In 2006 it was reported that over 40,000 children were picking tea leaves in Uganda for 30 U.S cents per day.

Use of child labour and difficulties in monitoring and enforcing laws against this type of practice is rampant in the tea world.

If you know, you know…

A mindful, informed consumer can make all the difference. Wondering how as an individual consumer you might make a difference?

If you’re making kombucha yourself at home, it is probably one of the healthiest and more sustainable products to make on a small-scale. So if this is you, go nuts!

If you’re a purchaser of manufactured kombucha however, it may serve well to consider some of the points raised above to assist you in your research to identify and buy from a sustainable, ethically sourced kombucha manufacturer or provider.

Circling back, also consider getting your kombucha or your kombucha ingredients from smaller scale distributors, or direct from the farmers themselves. Maybe even try your hand at making your own homebrew batches!

By contributing to a reduction in demand on mass produced kombucha, smaller operators -who are considered to naturally use more sustainable production methods- have levelled out footing in the commercial market and there can be even-handed usage of environments and workforces to manufacture the drink.

On a planet with limited resources, letting them go to waste is unsustainable & unethical. We have the collective force to challenge this situation.

Fast fashion is another phenomenon that has emerged since the industrialisation age which is now quantifiably threatening the health and stability of our planet.

Fast Fashion Is Changing… Or Is It?

Fast fashion is changing… Or is it? The rise in eco-marketing and whether it’s backed by action