Movement is an integral part of our daily lives and a foundational pillar for the functioning of society.

As individuals, we rely on different modes of transport daily to get us from point A to B.

Society, collectively, depends on the individual’s ability to move around to generate taxes, provide goods and services, consume and bolster local, national and international economic growth.

We’ve come a long way since the low-carbon emitters of the horse and cart era and now, in the 21st century, with our hyper-productivity generating so much rapid movement, it’s taking a significant toll on our environments.

According to data recorded by the World Wildlife Foundation International, “the transportation of people and goods is one of the greatest challenges facing cities today, as it is responsible for over a third of global carbon dioxide emissions.”

Eurostat reports that 23.5 gigatonnes of emissions of greenhouse gas equivalents in the European Union countries come from the transport sector.

Consequently, it is increasingly becoming a major political priority to focus on the development and design of urban land use and its multi-faceted infrastructure to ensure the sustainability of populations’ mobility. 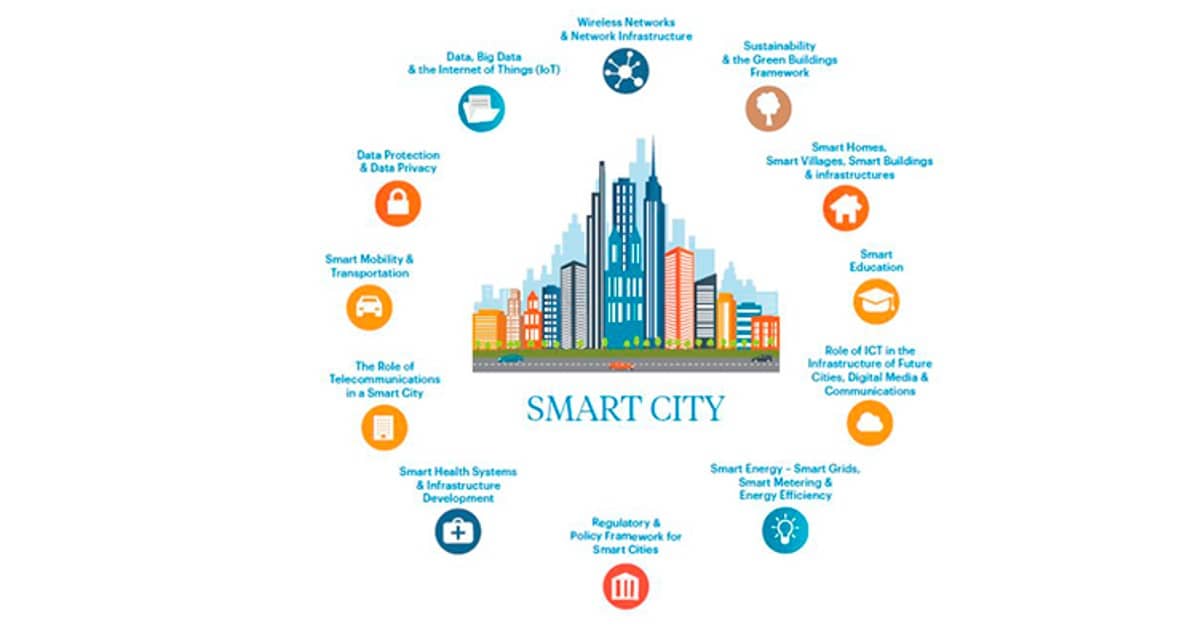 Through the lends of sustainability, this excess mobility creates unique challenges but also an opportunity for societies globally to change and adapt; but it will require a fundamental shift in mind-set and behaviour.

This gargantuan task is being met head on by Smart Cities.

Paradigms that Are Shifting Thanks to Smart Cities:

Sharing instead of Owning

This recent megatrend of sharing instead of owning explains an importance of modal shift opportunities for cities to make sharing models work.

It’s apparent the new status symbol is one of freedom rather than ownership.

Many, especially the younger generations, have expressed a preference for having ‘access’ to a car rather than ‘owning’ a car.

This is a seismic behavioural shift, especially in the West where there is an over-reliance on the individual car.

Majority of individuals own their own car and the average household owns at least two. Although the most prevalent transportation mode it’s also the catalyst for many problems complained about: traffic congestion, pollution, poor air quality, lack of parking, added expenses etc. Often overlooked, the tried and true bicycle makes a comeback

Paris, France, one of the world’s major cities catering for a huge residential population and a booming tourism industry have demonstrated how the concept of sharing transportation can work just fine without any detriment to productivity.

With the assistance of a strong private sector, in 2007 Paris adopted a transportation sharing- service which is now a fixture in the local scene, Velib.

The city’s bike sharing system, Velib, boasts a large inventory (some 23,000) of both electric and pedal bicycles logged in any one of the many bicycle stations planted around the city and surrounding municipalities.

Individuals can access the bicycles at any time paying a nominal fee (depending on duration of use), periodic subscriptions for heavy users or nothing at all for sparse trips.

Conveniently accessible and wholly appropriate given that, on average (depending on where you are located), the length of a city-dweller’s journey to get from home to work is less than eight kilometers.

The annual cost savings available to us as individuals are not small either, no longer must we fork out our hard earned money daily for fuel, tolls and parking.

Autolib was an electric car sharing service rolled-out in Paris in 2011.

However, for being one of the first of its kind in the world, this idea had merit and other similar models adopted in other parts of the world have benefited from the concept.

The Autolib experiment diverted the world’s attention towards stronger reliance of electric vehicles, clean technology and AI-equipped car-sharing services now observed through BlueSG in Singapore, Zipcar in the United States and GoGet in Australia to name a few.

Back in Paris, the bike-sharing system continues and Velib is a success. And the current success of Zity or Free2Move proves that probably Autolib was a great idea which was not understood at the time.

Stake out where you live, see what similar models are on offer and experiment with them.

Or, if you’re travelling, look up your choice of destination and experience where you’re visiting in a completely new and sustainable way.

A new golden age of rail

We may actually have to thank COVID-19 for this one.

Perhaps the global leader in rail transport currently is Japan.

The Japanese Railway System has managed to adapt alongside its growing population, providing seamless, clean and magically punctual transportation facilitating connections within and between cities and out to all regional areas in the country.

It is no accident that Japan currently features as one of the least pollution-intensive Gross Domestic Product’s among Organisation for Economic Co-operation and Development Countries.

This is a goal to strive for, particularly when, comparatively, 70% of pollutants in the European Union come from transport, with many European countries not meeting air quality standards as a consequent.

So much so, that air pollution is now the biggest environmental risk to public health in Europe, causing approximately 400,00 premature deaths a year.

If they built it, would you come?

Although still relatively new, there are many innovations within the sustainable mobility industries and Smart Cities occurring daily, catering for urban city-dwellers, ‘floating populations’ (eg.: those who live more rurally however commute to urban areas for work) and for travellers alike.

Public perception and support for such developments though are paramount to their success.

By examining each of the decisions we make about how we get around, we can reinforce to our governments that public investment in sustainable mobility options would be supported by the public masses. Healing out environment as we go along.

Which modes of transport work best for you? Which ones would you be willing to try out? It’s the journey, not only the destination that counts.