How cows and other farm animals are connected to climate change and what needs to happen for more sustainability in the industry.

Let’s start 2023 off right, with an article on one of the most pressing topics: climate change.  Most likely, you’ve already educated yourself on this to some extent, but it seems that sometimes, we need some reminders to put things back into perspective.

How are cows linked to climate change?

Quick recap of how cows (among other farm animals) affect climate change: they produce methane in the digestive process, and methane is a very potent greenhouse gas – a lot more so than carbon dioxide. These methane emissions contribute to global warming.

To add some numbers: according to the Guardian, “about a third of human-caused methane emissions come from livestock”. Overall, it is claimed that cows along with other farm animals are responsible for around 14% of total climate emissions.

We blame the poor cows for that 14% of emissions, forgetting that we are the “animals” that produce the most pollution.

Having identified the climate impact of these large-scale animal farms, what actions do countries take? What should governments do to mitigate this impact?

While most countries do not impose any carbon policies on their farmers, New Zealand passed legislation to reduce greenhouse gas emissions from livestock. However, as their emissions continue to rise, they were advised to cut cow numbers in order to meet targets.

Similarly, Northern Ireland might require an immense cut in sheep and cattle numbers in alignment with its net zero target. The Irish government is also facing this situation: to meet climate targets, a cattle cull is seen “as an inevitable outcome”.

Are cattle culls the way to go?

The main lobbying association of the beef industry in Great Britain, the National Beef Association (NBA), proposed one solution to the climate issues: to kill cows at 27 months rather than at 30 months. They claim that cows become less efficient the older they are, thus being responsible for more emissions at an older age.

As associations and governments discuss the option of cattle culls, it appears that this might be the way to go. At times, the rhetoric even appears to be blaming the cows for producing methane in the first place. But in reality, how can anyone state that cows are “responsible” for their emissions and the impact on climate change?

The real cause for climate change is the human species, not cows. In all dimensions, we are the one fueling the climate crisis: our systems of production and consumption – they are the causes for greenhouse gas emissions at a much more alarming rate than cows.

Despite the debate around blame, the climate crisis needs to be tackled. Our existing prevalent farming systems are not sustainable, we need (to) change.

Are there profound risks in this way of thinking?

Or let me put it in other terms: Can we go back to shameful histories of humanity?

There are about 1.5 billion cows in a world that is also home to 8 billion people.

It is our habitual behaviours that produce the most pollution and that, no matter how much we may desire sustainability, we are still reluctant to change.

Let’s add that as a society, unfortunately, we are becoming radicalised; we want to be right at all costs, to impose our thinking, to be untruthful in order to justify ourselves and even to claim how good we are. The list goes on!

If the decision is to reduce livestock numbers -kill them, to be clear-, at least one important issue arises: How does this affect the planet? Ultimately, we would be artificially producing a major change in the agricultural ecosystem.

Despite how rational we may seem to be, such decisions have certain side effects that might be underestimated.

What are the options?

Naturally, there are various approaches to improve the ecological impact of intensive cattle farms. One such approach is regenerative agriculture, which focuses on farming in a balanced way with nature. In relation to cattle, the key solution proposed is regenerative grazing which sequesters carbon dioxide.

Essentially, the cattle eats plants that have absorbed carbon dioxide from the air. Grazing on the land for a short time only gives the plants the chance to grow again and capture more carbon. This practice is radically different than typical feeds such as corn and other monocultural crops that don’t perform photosynthesis anymore and have separate issues like deforestation. Moreover, grazing management improves the soil health and essentially acts as a land management tool for farmers.

Cattle who graze on the land eat plants that have absorbed carbon dioxide from the air. After grazing, the cows don’t graze the land for a long time, giving the roots a chance to grow another layer of leaves, capturing more carbon.

The claim is that the carbon sequestration from the soil is greater than the methane effect of the animals. Ultimately, however, there are still debates around the net climate impact of regenerative animal farming, including the difficulty of measuring carbon in soil.

Additionally, there are several practices already widespread in many countries including Ireland, such as low-emission slurry spreading techniques and the use of ruminant feed additives.

Moreover, reducing waste is another important element to make improvements. Lastly, synthetic or cultured meat is an interesting and more recent development. If you want to learn more about it, you can read this article as a starting point.

This also raises the question of whether it is better to eat animal or laboratory-produced meat – without knowing how it was produced. Overall, the key factors in reducing the emissions produced in cattle farming are shifting diets and reducing the herd sizes.

Our current food habits include the consumption of a lot of meat, which in turn fuels its production – especially of very intensive, large-scale industrial farming, typically taking little consideration of the animals or the environment.

This does not mean that we need to kill cows at a younger age, which is a short-sighted view, but we need to acknowledge that farmers respond to our demand for meat in large quantities and at low prices, putting pressure on the whole supply chain and our planet.

It once more comes down to shifting our consumption patterns into consuming less meat, adopting a higher tolerance to increasing meat prices, and paying attention to the origin of our meat.

But this change needs to be accompanied and somewhat guided by the governments that set climate targets. There is a strong need for concrete goals, along with specific ways of achieving them, support for farmers and other parties impacted by the changes and adhering to modern climate research to take the right actions.

If you want to make 2023 a year of sustainability and community, you’ve come to the right place! Join our Komoneed community and engage in critical discussions.

Also, you can find several actionable tips below to put into practice: 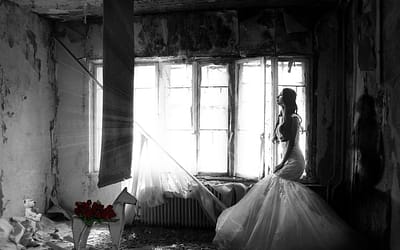 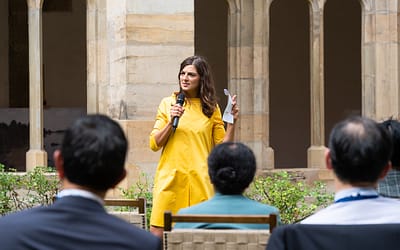 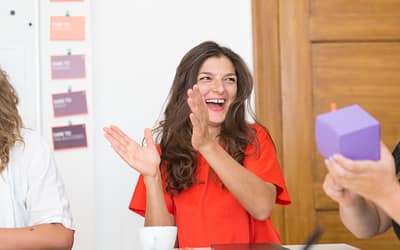 The Deep Meaning of Design Thinking and Stakeholder Dialogues

The first part of our interview with Daniela Marzavan, a ‘pracademic’: practitioner and academic in the field of Innovation and Design Thinking